Five public agencies in one common building
As the Danish Building and Property Agency desired to create a building that could accommodate several public agencies, which were scattered across Copenhagen, a central site was found, right between the railway area at Dybbølsbro in Copenhagen and the southern access road to Kalvebod Brygge. 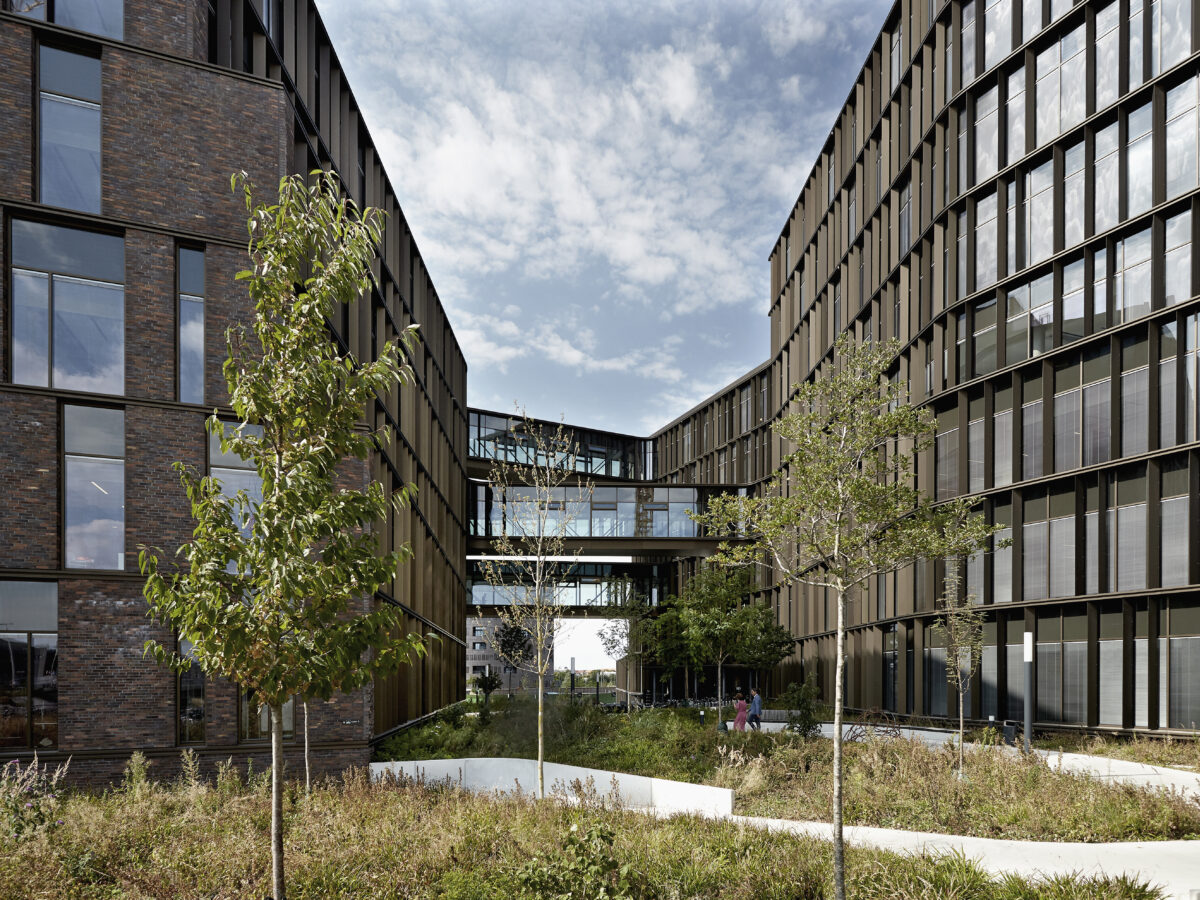 Here, five public agencies were to share a common building where they could work closely together as well as retain their separate identity and unique working procedures.

Nexus is Latin for "to link, to see connections" and we designed the agency building at Kalvebod Brygge as such a connection, as a modern hub in the city. The building was designed in brick material and as a building type which brings memories of the classic Copenhagen brick housing blocks located at the opposite side of the railway cutting. Inside, the building also functions as a hub for the Danish Railway Agency, the Danish Transport Authority, the Danish Road Directorate, The Danish Building and Property Agenct, and the Danish Energy Agency. 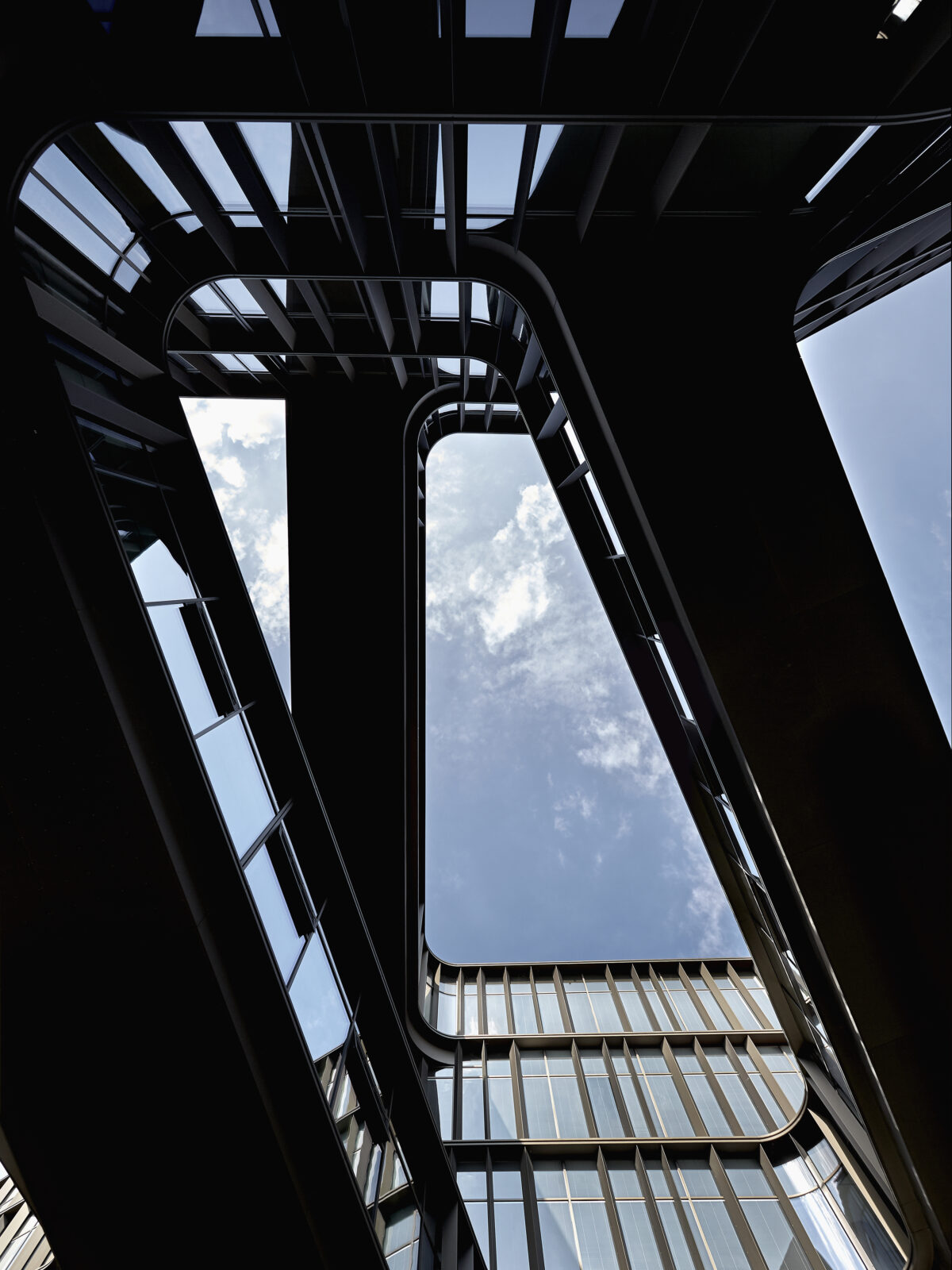 Across the landscape street, transverse connecting bridges ensure an optimum people flow, sound logistics and pulsating knowledge sharing among the many users of the building.

The building stands out like a visual landmark at the entrance to central Copenhagen. Here, it constitutes one of the largest and most characteristic buildings – to people driving along Kalvebod Brygge as well as train passengers travelling to and from Copenhagen.

Nexus’s façades are clad with bricks and the building is characterised by a clear-cut, sturdy expression. The building is intersected by a green park area dividing the building into two primary parts where large, warm glass façades break down the volumes to provide a human scale and optimum daylight conditions. Inside, the building is further subdivided, containing four atria in total.

To ensure an efficient, productive and also attractive workplace, several different environments were created, providing the settings for team-based as well as individual work. In addition, there are spaces for informal meetings and creative zones. We thus designed a flexible building, which adjusts to the current needs, whoever its tenants may be, as it can be divided in countless ways. 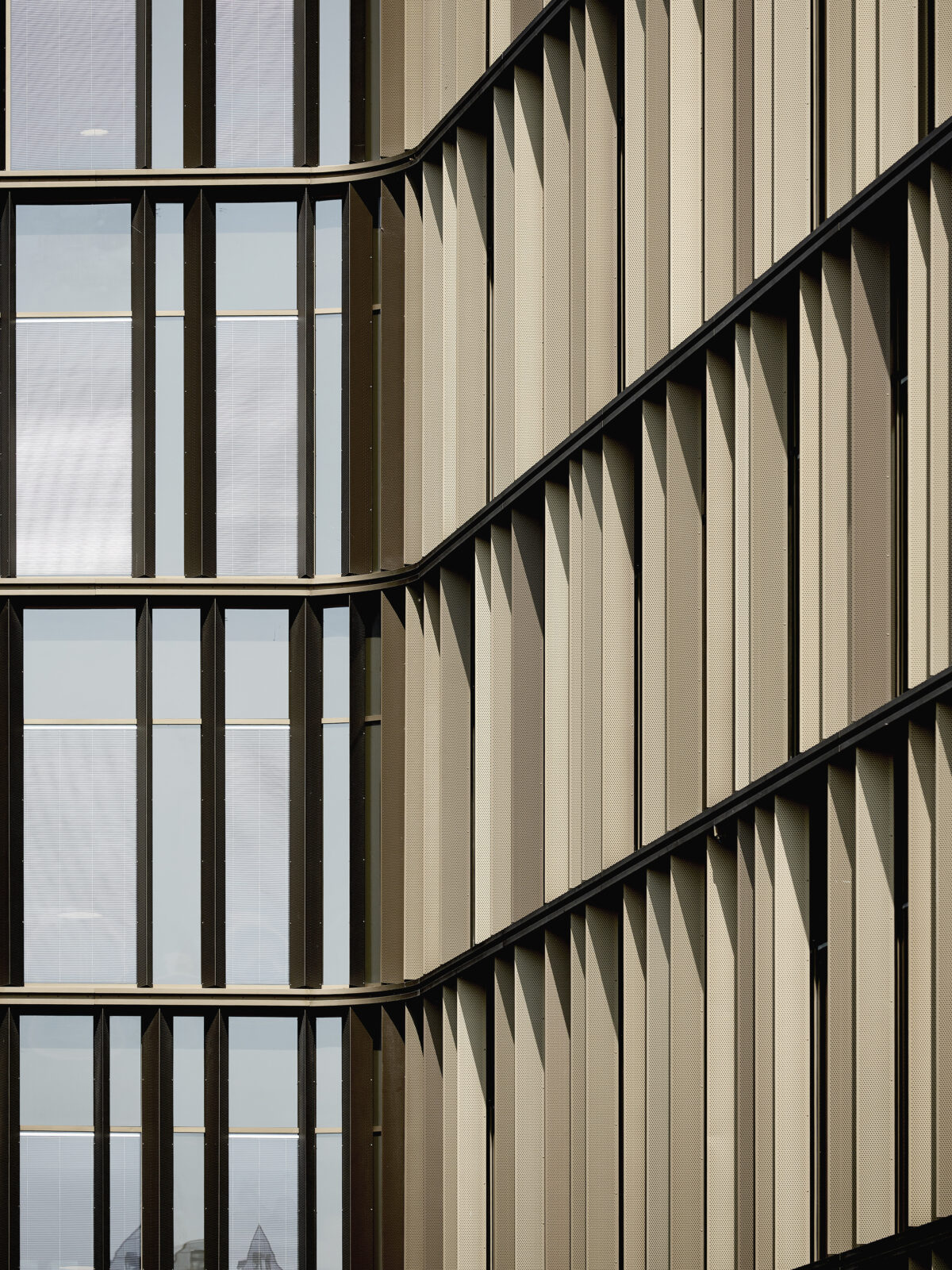 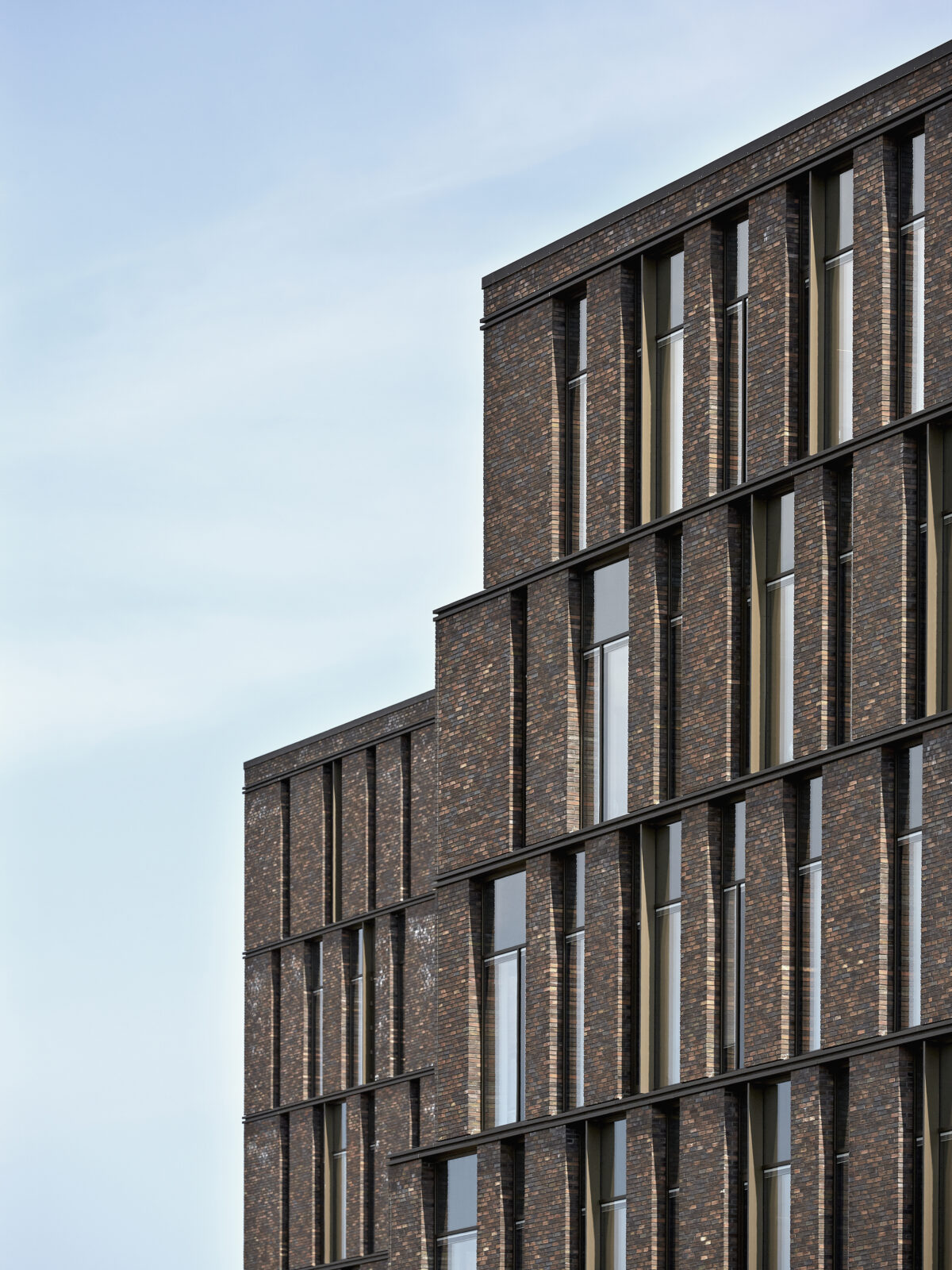 As a unifying element for the building, the ground floor functions as a base uniting the whole complex. Here are located all the shared facilities like canteen, café, meeting and training centre, as well as the service centre. And at the same time, the reception is a central point. Across the landscape street, transverse connecting bridges ensure an optimum people flow, sound logistics and pulsating knowledge sharing among the many users of the building.

The project was carried out in close dialogue with user representatives from selected agencies. 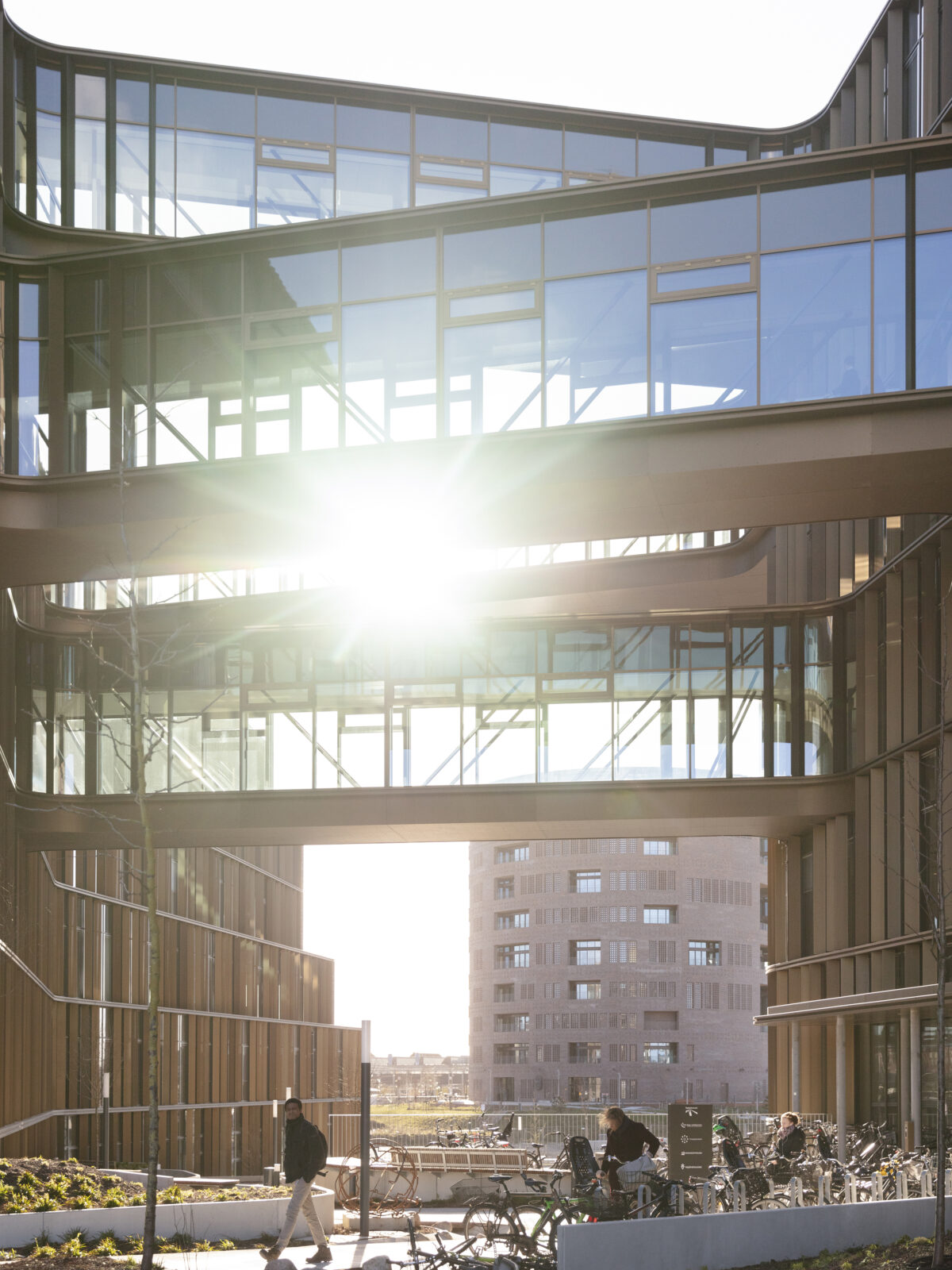 A flexible building, which adjusts to the current needs. 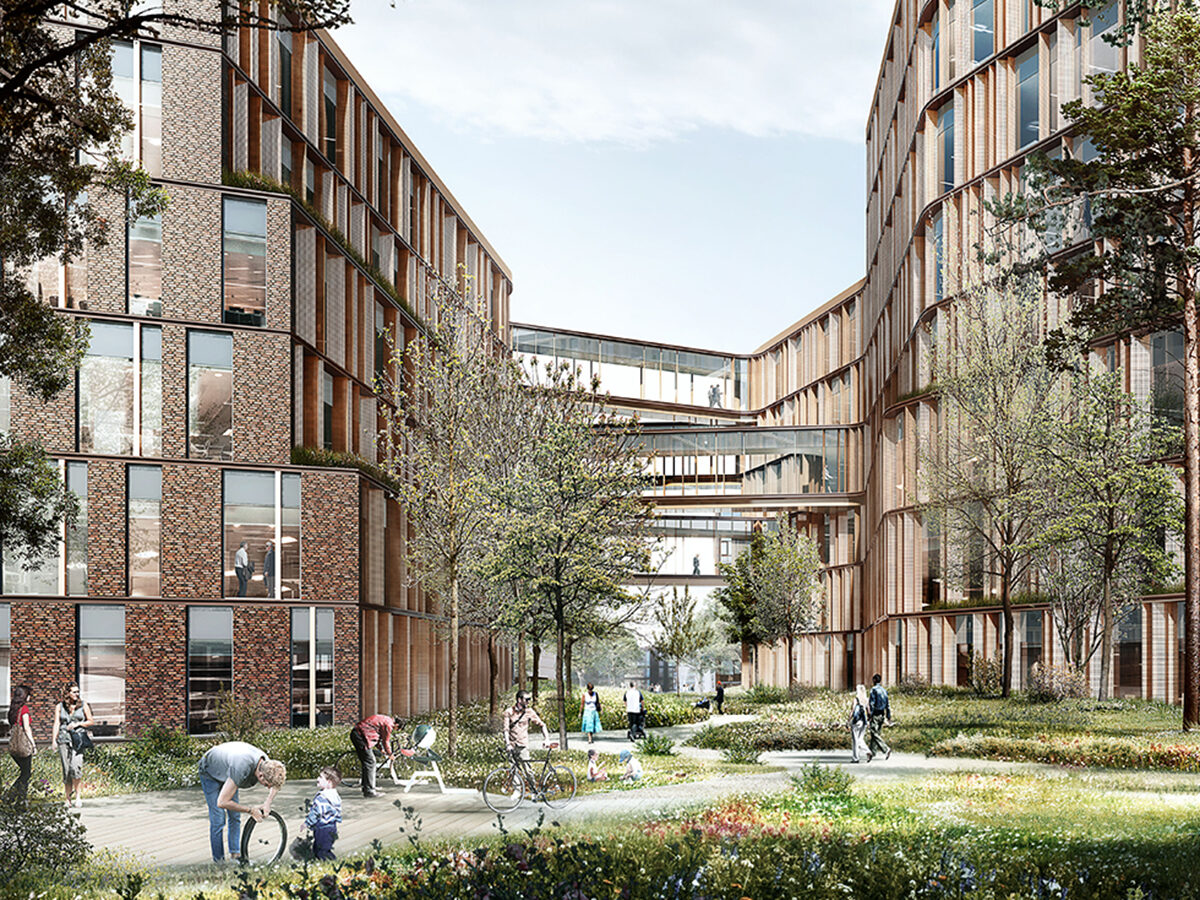 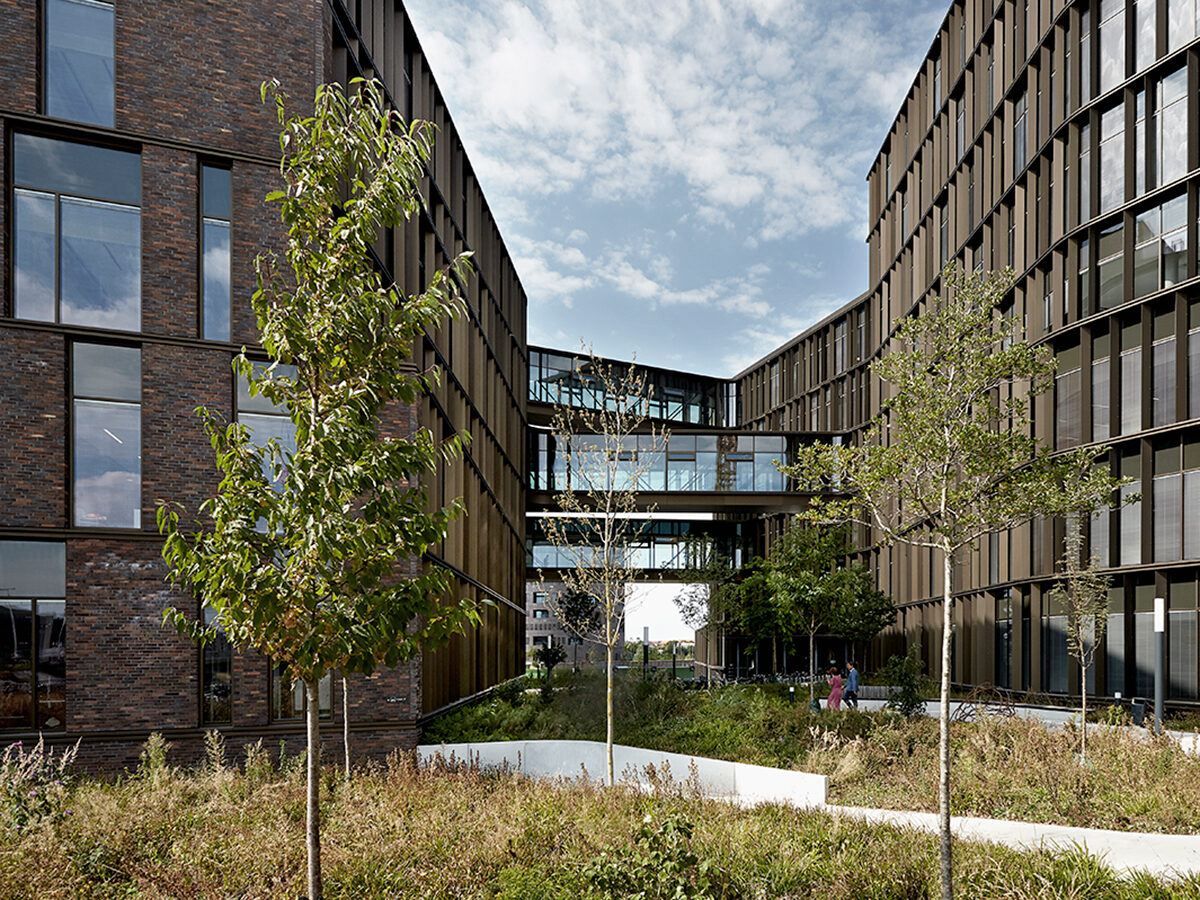 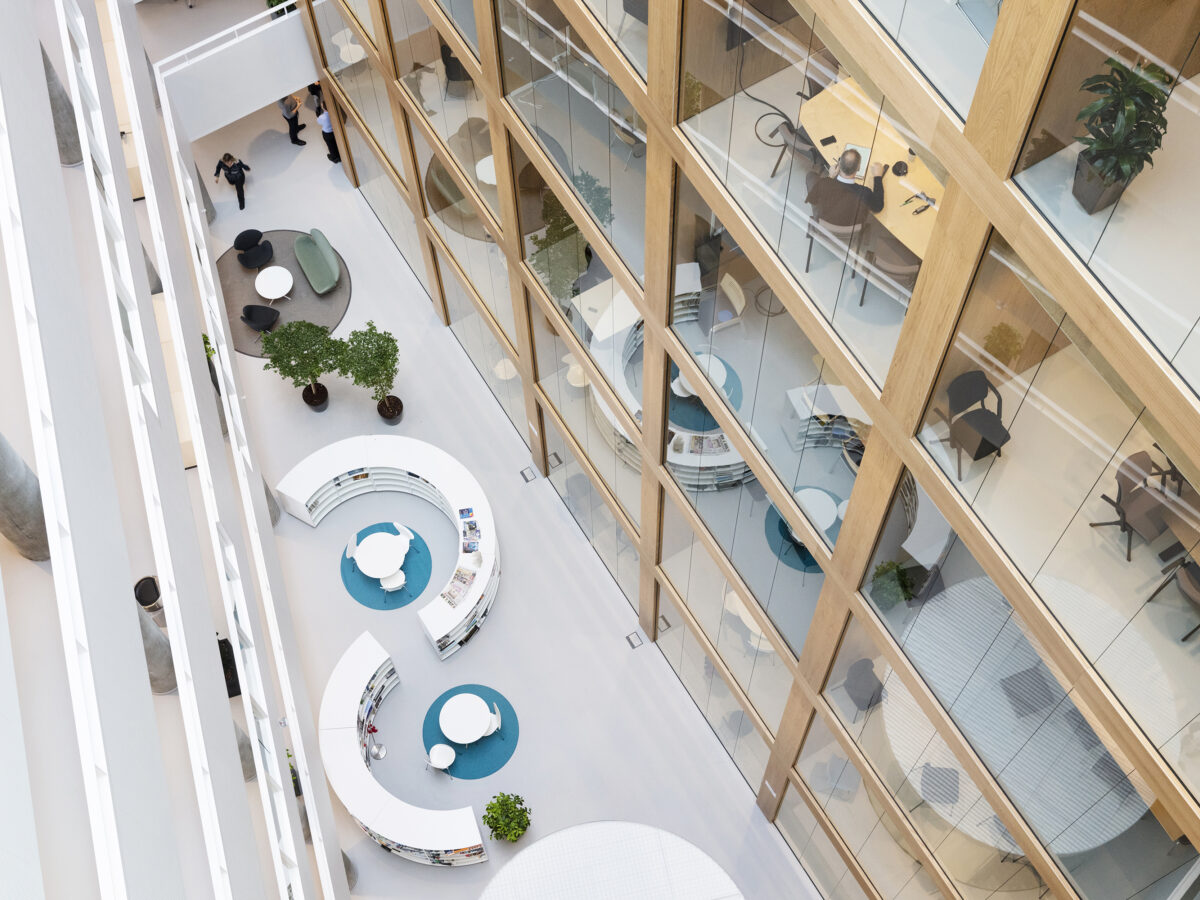