An elegant office building in the heart of Billund
When one of the world's largest, leading toy brands, LEGO, is to create new ideas and bring creativity into play, the settings must be optimal – and that means staying in Billund where LEGO was invented and belongs

So, when we were chosen to design a new office building for LEGO Innovation, the precondition was that the house should be a connecting link between LEGO Campus, several historic buildings and a neighbouring residential area in the middle of the town in central Jutland.

LEGO Innovation is an elegant office building, which, because of its toned-down aesthetics, blends in with its surroundings in the middle of Billund. The façade consists of perforated aluminium shutters in a playful colour spectrum ranging from deep purple to light grey. A motif which supports LEGO's approach. The shutters are mechanically controlled based on sun intensity and thus prevent overheating, while also providing a view from the offices and establishing a soft as well as comfortable daylight in the interior space. 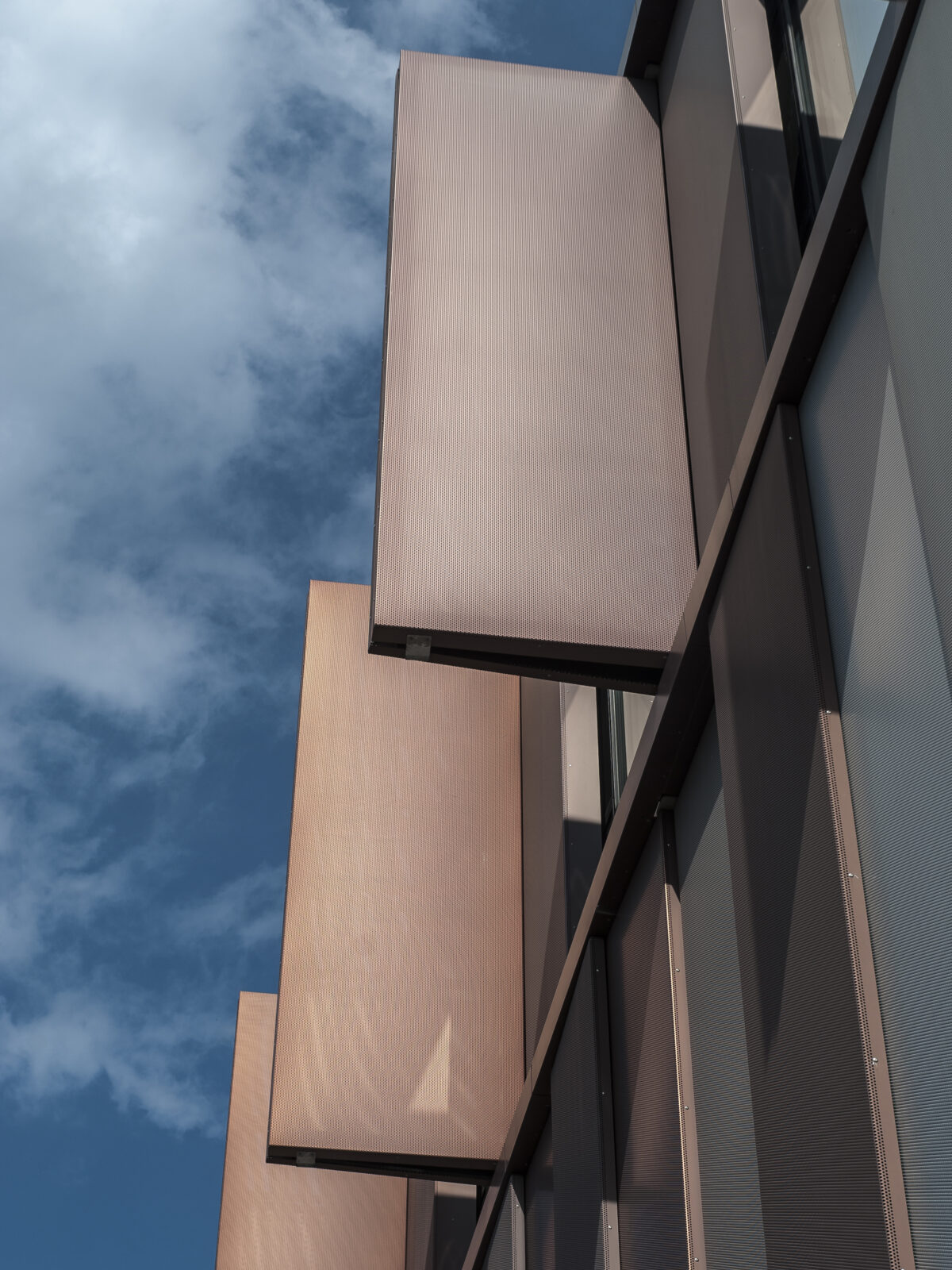 The building, which is the workplace of some 500 employees, is a two-storey building with a high basement containing parking spaces. The building is arranged around five atria functioning as identity-creating squares, which are distributed throughout the building. One square is placed in the entrance area where it constitutes a social pivot for the building's meeting centre. The other four squares function as decentral work and socialising spaces for the surrounding development units. 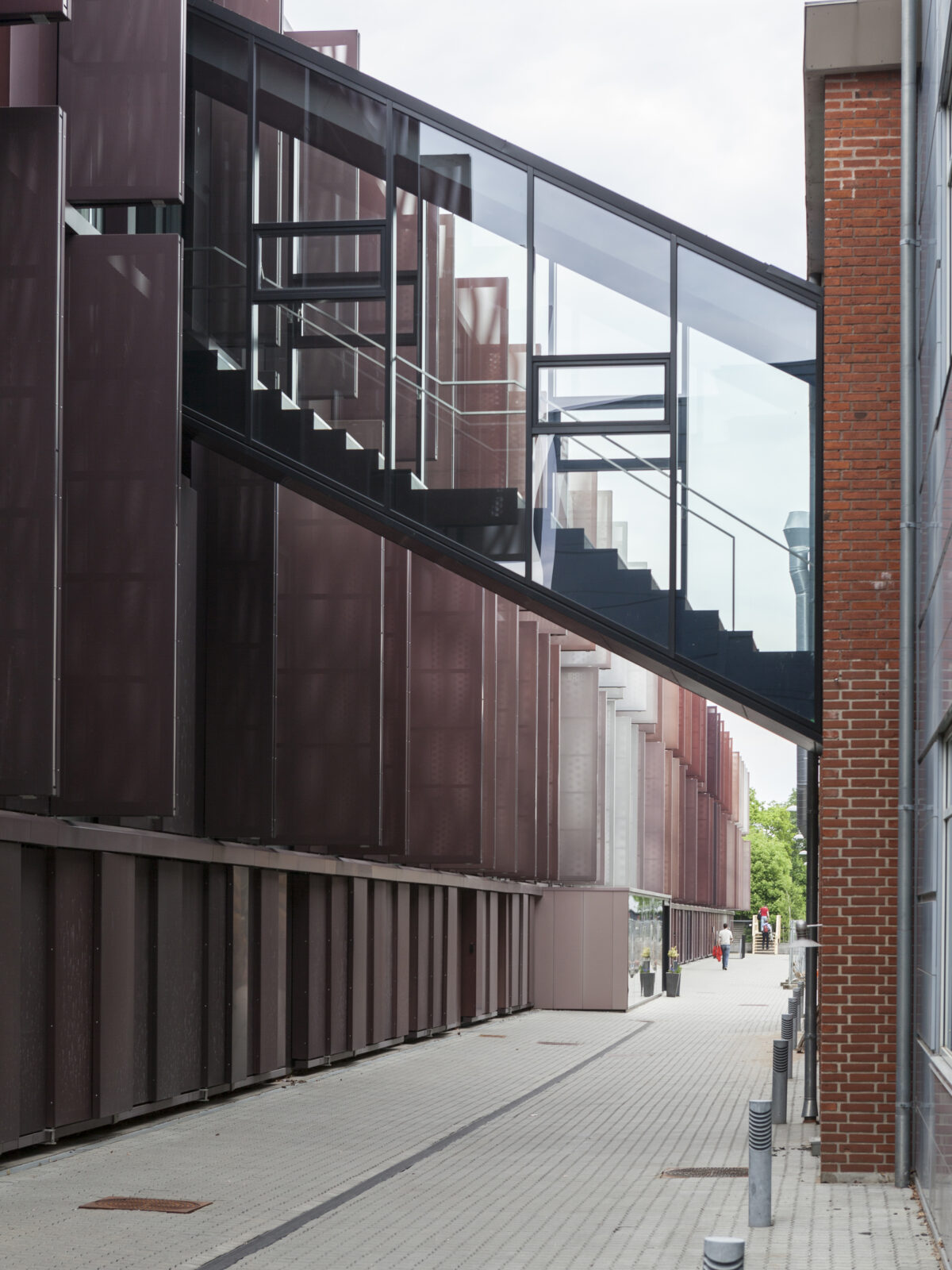 The building was constructed in accordance with low-energy class 2015. As a result, the district heating demand is reduced by 50 per cent and the electricity demand by 20 per cent. The façades are made of 90 per cent recycled aluminium. 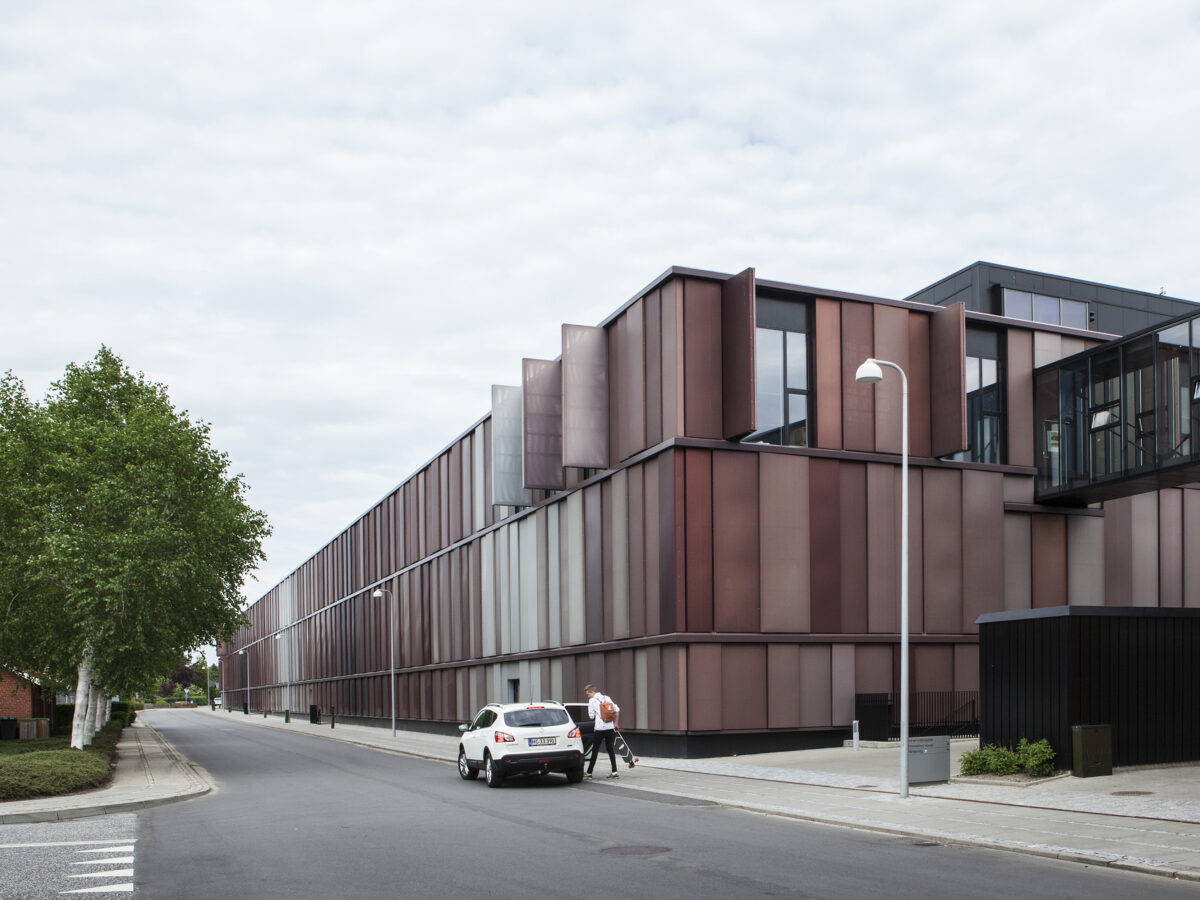