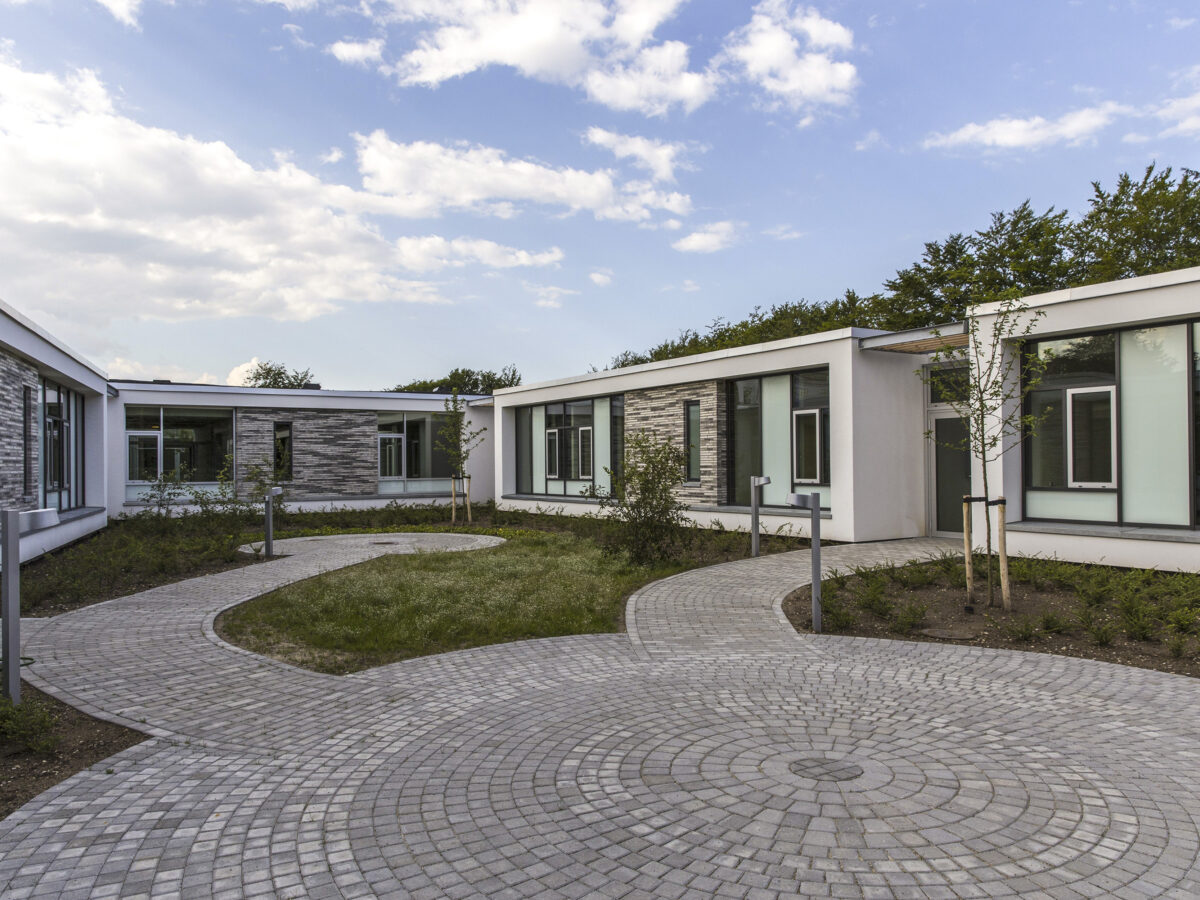 At Esbjerg Psychiatric Hospital, we added new buildings and extended existing buildings, which previously consisted of narrow corridors on multiple storeys and offered poor transparency for staff as well as patients. Therefore, the aim was to replace a rather closed building with a far more open building. As a consequence, the new facilities were designed as a single-storey building with a wide main corridor connecting the new and the existing bed units at either side of the former main building. The whole building now appears light and welcoming, but also with a compact structure connected by the main corridor, which contains all common rooms and activity rooms. Our focus has been on securing optimum location of security services and dimensioning of corridors and common areas designed with this patient group in mind. Moreover, we have rethought the transition from private to public space. Now, there is transparency and it is possible to see across rooms and sections. At the same time, several courtyards ensure easy access to the open – from the open as well as the locked sections. 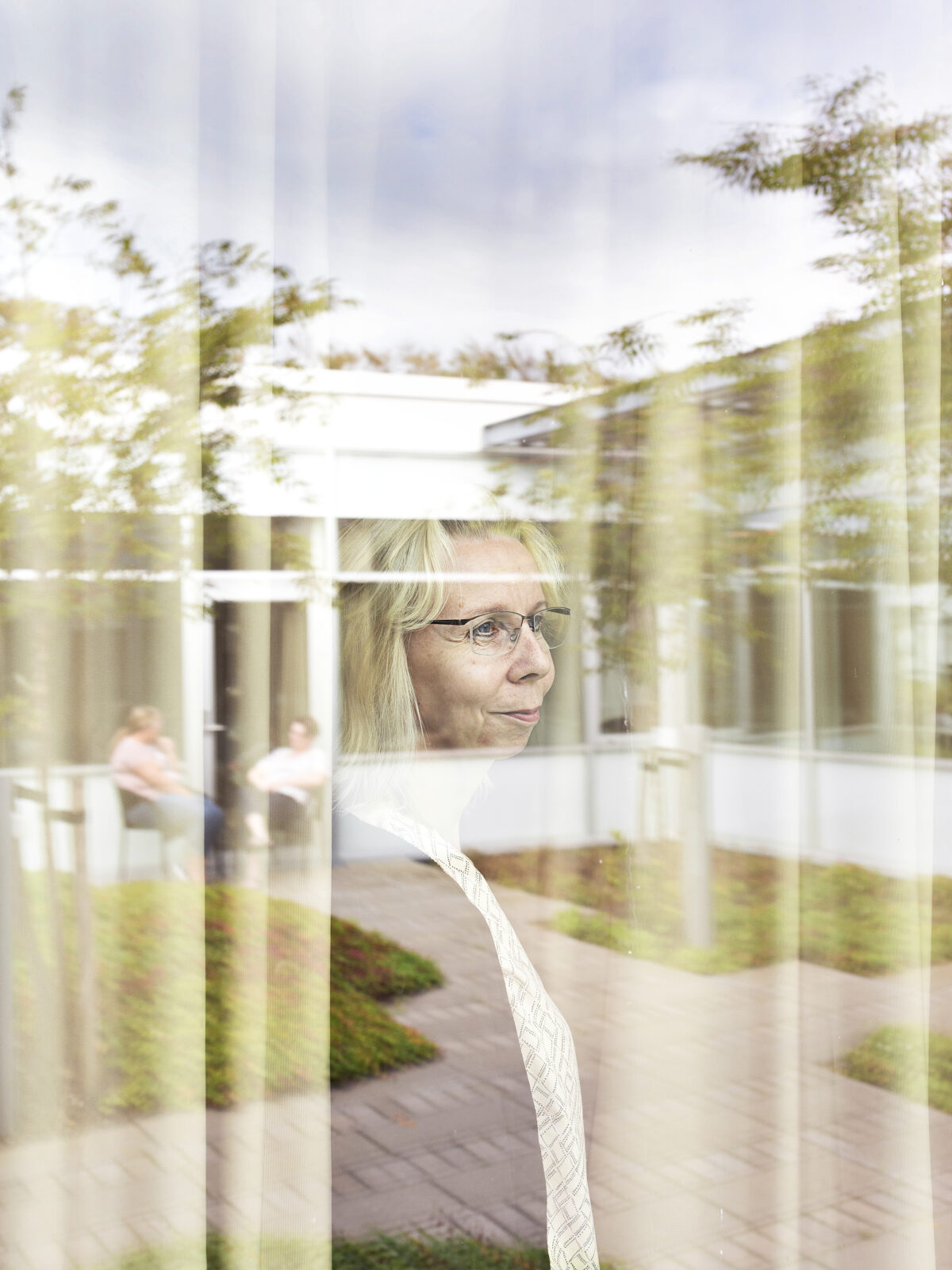 Transparency makes it possible to see across rooms and sections

The extensive rethinking of Esbjerg psychiatric department proved to have a positive effect on patients already six months after the renovation. With the new organisation of psychiatry and an architecture that prioritises functionality, light, transparency, and access to the open, studies revealed a drastic decline in the use of force and an even larger decline in the need for medication. In this way, Esbjerg Psychiatric Hospital is an example of how architecture can have a healing effect on individuals and help people achieve a better life.

Esbjerg Psychiatric Hospital was designed with input from the organisation in relation to designing a safe, secure, and transparent environment. 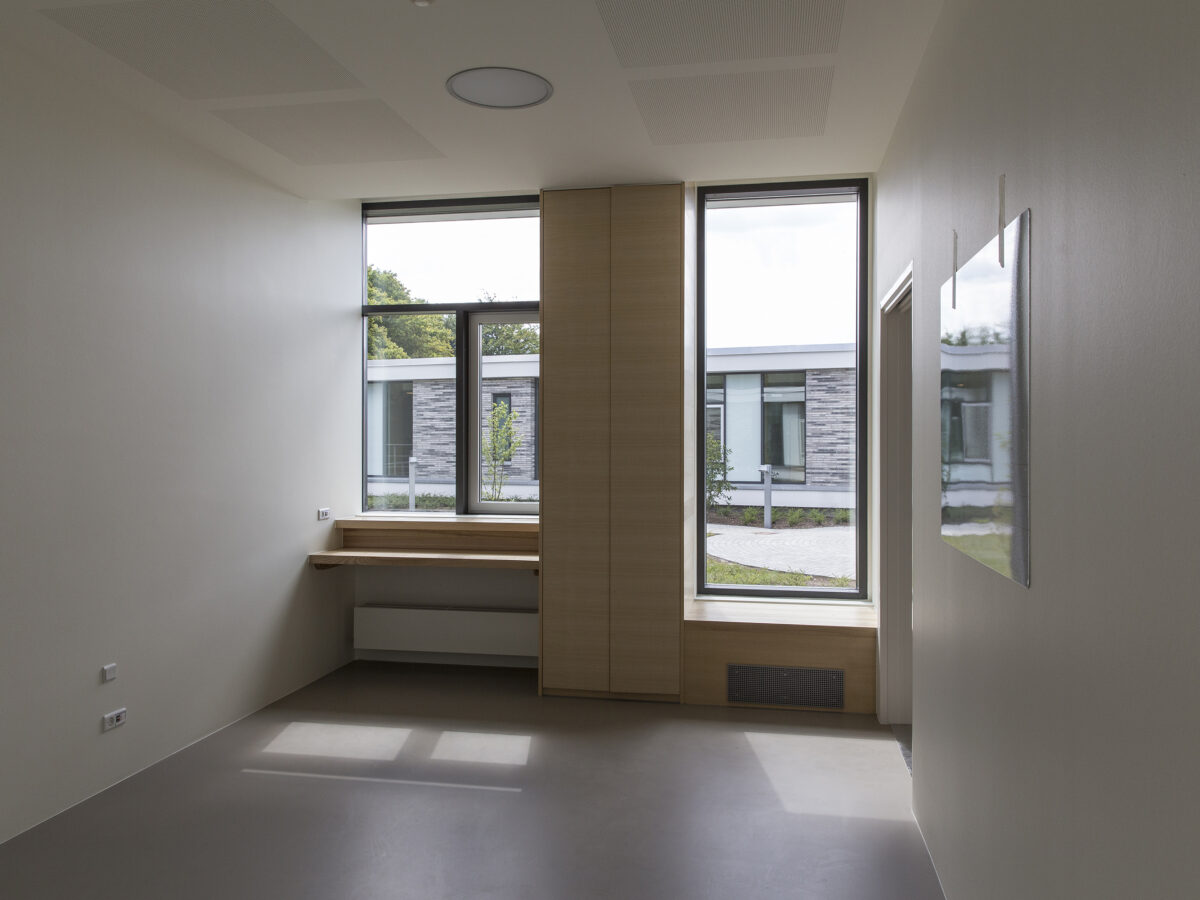