Houses with a view of the raw landscape and with pine forest at all sides
Prästgården is located on a rock precipice in Gustavsberg, east of Stockholm. A small cluster of houses designed to fit into a characteristic Swedish landscape with rocks and pine forest. 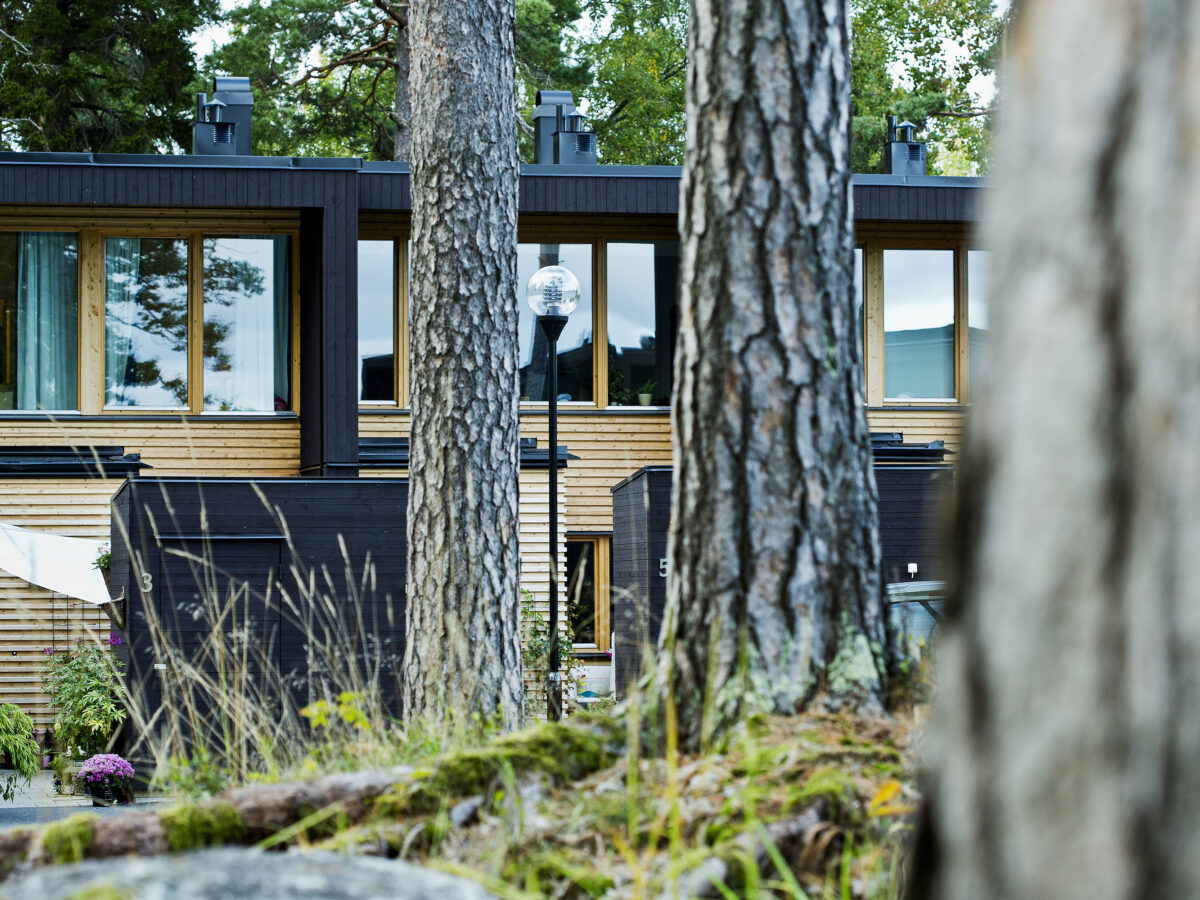 The assignment was to construct a group of houses on the rocks without blowing anything away and at the same time design the buildings in a style matching the listed, small timber houses, which are so characteristic of the old working-class district, which used to serve the nearby traditional Gustavsberg porcelain factory. 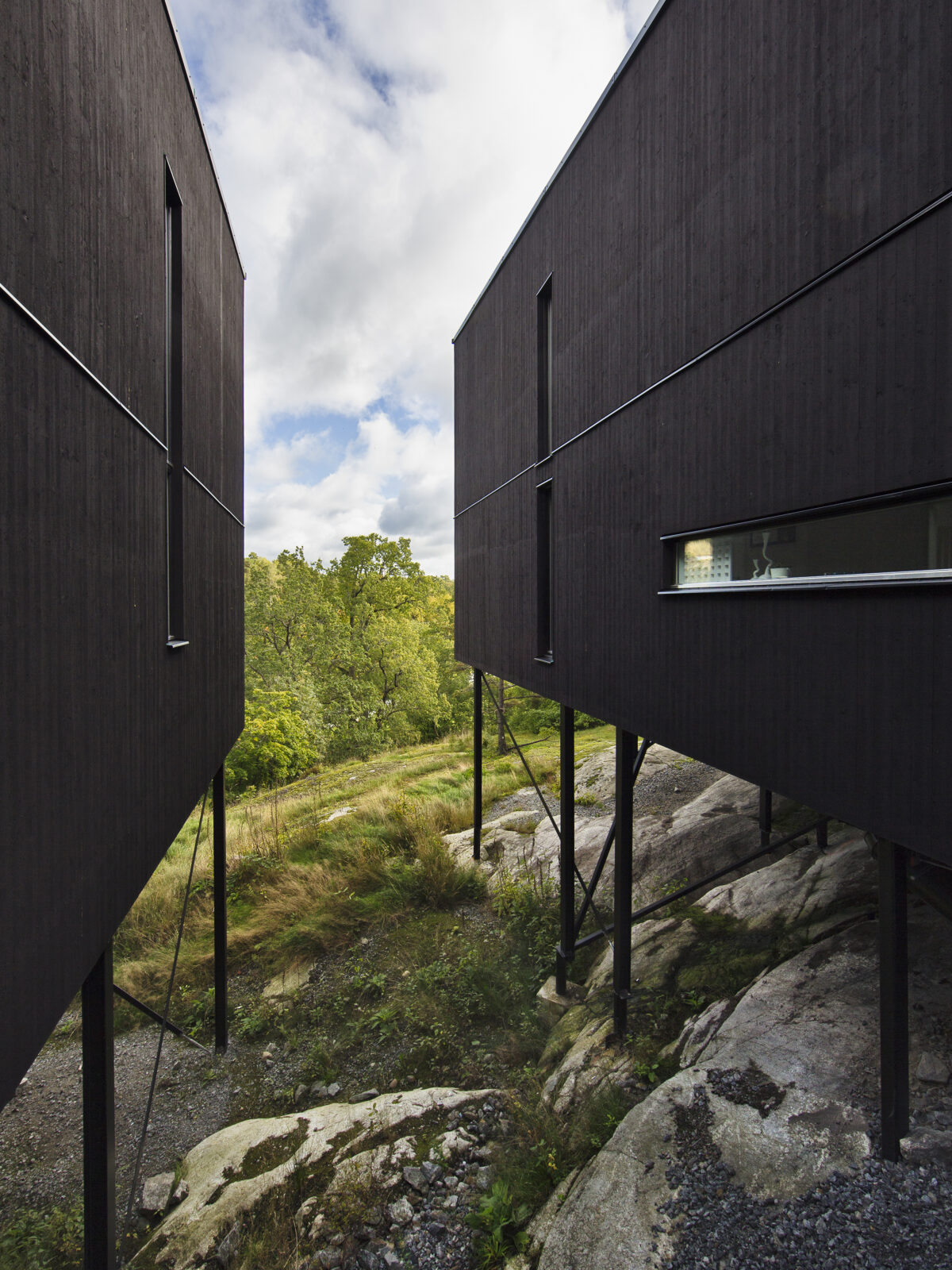 The black row houses with wood cladding stand on slender, black beams while overhanging the rocks. The landscape continues below the houses to allow the houses to blend into the landscape and also, though its wooden material, to blend into the surrounding forest. In order to fit in the 28 two-storey houses, we divided them into groups of four, each of which is offset from the others. This creates undisturbed houses with a view of the raw rock landscape and with pine forest at all sides. Moreover, we incorporated the area's characteristic differences in height into the design of the houses, which has resulted in an interesting variation in layout.

Here, respect for the context was a decisive factor for the architectural expression

Each house is delimited and characterised by a marked, black, wooden frame on the facade of the house. Facades are also staggered throughout the row of houses, which creates dynamics as well as private spaces in front of each house. In addition, the staggered positions result in small terraces and large balconies. The black colour on the facades is supplemented by natural-coloured pine elements inside the facade frame, which is a beautiful contrast to the black facade. The gables are large surfaces interrupted by two narrow windows, which in a vertical and a horizontal rhythm give the row house development its very own character. 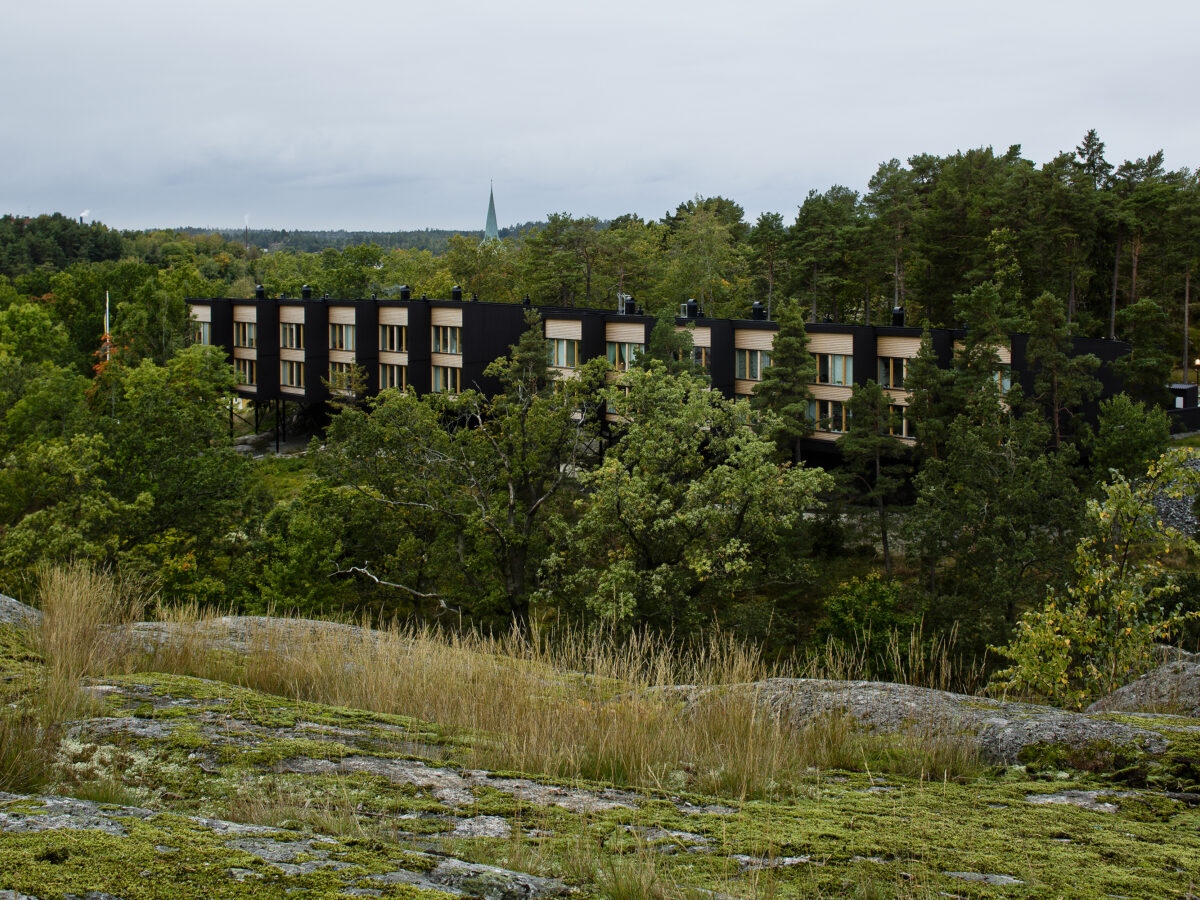